Can veteran filmmaker (Tade Ogidan) incorporate his winning streak of the 90’s into his latest movie – “Family on Fire”?

Posted on April 13, 2012 by 9aijabooksandmovies 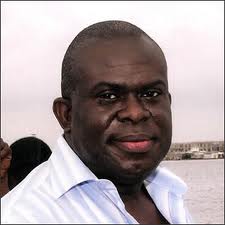 The 90’s epoch into the millennium created an avenue which sifted a few professionals from the shaft of charlatans, plying their trade in various spheres of movie making. The resultant effect was the “massive churning out of shallow based movies for our viewing displeasure” (if you’re a critic). “Two MEN” amongst a few notable filmmakers, stood out from the ‘boys’. One was Tunde kelani and the other, Tade Ogidan.

Every thing was going on well…until he played “Houdini”,vanishing from sight for a very long time. Perhaps, the closing credits, on the classy “Teju Baby Face show” which names him as the director, caused us to remember him intermittently in our sub consciousness. Just when we thought, he’d hung his movie boots for real, he appeared out of the blues, late last year, with the premiere of his latest work “Family on fire” at the Light House, London on 4th November 2011. A lot of rumour had surrounded the production of the movie… but that’s not our concern.

The good news is that he’s back and the movie was premiered couple of days ago in Lagos, and is warming up on the sidelines, ready to hit the cinemas. The solid cast for the movie includes Sola Shobowale, Segun Arinze, Saheed Balogun, Sola Fosudo, Lanre Hassan, Bukky Amos, Simi Opeoluwa, Yinka Olusanya amongst others. According to the veteran, the movie, “is a vehicle for promoting good family values in our society”.

How well will the movie do at the Nigerian box office, following its ‘probable projected run’ alongside other movies such as Kunle Afolayan’s ‘Phone Swap’, Lancelot Imaseun’s ‘Adesuwa’, Emmanuel Ijeh’s ‘Tobi’. Gone are the days when quality based productions from his stable amongst the quantity based ones, made him stand out, but the movie terrain has witnessed a gradual overhaul and raised the movie quality bar (35mm, HD) especially by young Nigerian filmmakers/directors and those in the Diaspora, eg Ije – The Journey, The Figurine; Araromire/Phone Swap, The Tenant, Anchor Baby, Inale, Tango with Me, Aramotu, The Mirror Boy, The Return of Jenifa, Black November, Tobi… and his colleague’s movie “Maami”.

It has become a norm now especially with Nigerians in the Diaspora to have a mixed race as part of the cast and crew, good cinematographic quality, better story lines emanating from various thematic issues, lighting, sound effects (without the sound clash with the dialogue), no choppy editing, effective deployment of camera techniques amongst others, therefore it is expedient that the veteran “must” come all out, to show us that he still has it flowing in his veins. This will be his first test at the Nigerian box office.

No shaking for Tade Ogidan cos when you’re good… you’re good!. We can’t wait to watch Family on Fire… and we say thank God…The Film Master is back!

9aijabooksandmovies ( "9B&M") is the ultimate, credible platform that seeks to bridge the gap between Nigerian authors of fictional works and "primarily" Nigerian filmmakers, with a view to creating an upsurge in "adapted works" for the cinemas. It also provides an opportunity for millions of people to gain insight into the works of Nigerian authors and filmmakers. You can send your articles, news,views/opinion, reviews,samples of work to 9aijabooksandmovies@gmail.com.
View all posts by 9aijabooksandmovies →
This entry was posted in Uncategorized and tagged Bukky Amos, Lanre Hassan, Saheed Balogun, Segun Arinze, Simi Opeoluwa, Sola Fosudo, Sola Shobowale, tade ogidan's family on fire movie, Yinka Olusanya. Bookmark the permalink.

6 Responses to Can veteran filmmaker (Tade Ogidan) incorporate his winning streak of the 90’s into his latest movie – “Family on Fire”?