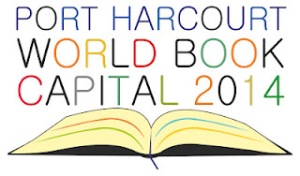 Yep it’s official… come 2014, all roads will lead to Port Harcourt, Rivers state for the 2014 World Book Capital City event. Following the bid put in by the Rainbow Book Club and the Rivers state government, UNESCO declared the within named mentioned had won the bid, surpassing the cities such as Oxford and Lyon.

Tenacity, passion, goal setting, commitment obviously pays in the long run and we say thumbs up to the formidable team, “Rainbow Book Club and the Rivers State government” for putting Nigeria on the literary world map once more… what do you think?

9aijabooksandmovies ( "9B&M") is the ultimate, credible platform that seeks to bridge the gap between Nigerian authors of fictional works and "primarily" Nigerian filmmakers, with a view to creating an upsurge in "adapted works" for the cinemas. It also provides an opportunity for millions of people to gain insight into the works of Nigerian authors and filmmakers. You can send your articles, news,views/opinion, reviews,samples of work to 9aijabooksandmovies@gmail.com.
View all posts by 9aijabooksandmovies →
This entry was posted in Uncategorized and tagged Port Harcout wins bid for 2014 world book capital city event. Bookmark the permalink.