Posted on September 22, 2012 by 9aijabooksandmovies

Filmmakers in the Diaspora, with certitude have taken the movie industry by storm (especially back home) with their quality productions. They have continued to raise the movie bar, making the country proud. GuGu E. Michaels has incontrovertibly carved a niche for himself in the art of make believe, while his contemporaries continue to battle against the “charlatan waves” that drags them repeatedly into the murky waters of shamy productions.

He has done well for himself. He is a respected, accomplished, ingenuity laden filmmaker whose brilliant works speak for him, ranging from his directing dexterity in the production of outstanding commercials and independent projects including feature films such as “Thugz”, “Dangerous County”, Urban Killaz”, “Repentance”, “Best Served Cold”, “Pastor’s Wife”, Dangerous Men”, “Unge’s War” and “Jacob’s Eye”. He has been involved in campaigns for retailers like Cadillac, Porche and his career span, documents his serving as President of Dallas based Indie record label Redrumm Recordz and working with hip hop giants UGK, LUDACRIS, STEVE AUSTIN amongst others…Whao!

He is the founder of Gu International Pictures, a company known for delivering top notch productions without compromise. GuGu E. Michaels has been making North American movies since 1997 and in 2009 he decided to venture into African cinema where in less than five years, he’s already been referred to as “The One unveiling the new era in African cinema”.

He has various awards in his kitty which indubitably makes him stand out from his multitudinous peers. He won Best Editor and cinematography at the Black Film Festival in 2005, Best African Film for his action movie “Dangerous Men” at World Music Indie Film Festival 2012, Best Indigenous /Native Film & Best Costume in a motion picture for the epic film “Unge’s War” at NACFA Awards 2012.

His latest movie Jacob’s Eye (coming soon) will indeed turbo charge African cinema with its unique, supernatural action based genre, embedded in suspense, twisty scenes that stimulates your intellect, palpitating moments that will keep you on the edge of your seats with your eyes riveted on the screen big time!. It’s a fine blend of rich cinematography with a diverse cast. His epic movie “Unge’s War” as aforementioned earned him dual awards at the 2012 NAFCA awards and will soon be released as well. He is indeed a great man. 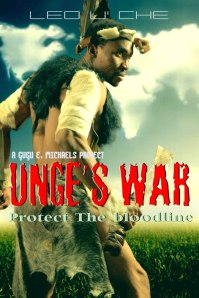 Visit the sites below to watch the wonderful works of this talented, intellectually resourceful man who imbibed the “thinking outside of the box culture” which has earned him accolades, in an environment where only those who know their onions can soar higher…

9aijabooksandmovies ( "9B&M") is the ultimate, credible platform that seeks to bridge the gap between Nigerian authors of fictional works and "primarily" Nigerian filmmakers, with a view to creating an upsurge in "adapted works" for the cinemas. It also provides an opportunity for millions of people to gain insight into the works of Nigerian authors and filmmakers. You can send your articles, news,views/opinion, reviews,samples of work to 9aijabooksandmovies@gmail.com.
View all posts by 9aijabooksandmovies →
This entry was posted in Uncategorized and tagged GuGu E. Michaels, GuGu E.Michaels filmmaker, GuGu E.Michaels to release Jacob's Eye and UNge's war. Bookmark the permalink.