Posted on October 13, 2012 by 9aijabooksandmovies

The Advisory Board of the Nigeria Prize for Literature has approved a final shortlist of three books out of the initial shortlist of ten released last month. The books are Onaedo: The Blacksmith’s Daughter by Ngozi Achebe, Only a Canvas by Olusola Olugbesan and On Black Sister’s Street by Chika Unigwe.

Literary pundits, critics, enthusiasts, stakeholders in the literary world have their eyes riveted on 1st November ,2012, the day when the winner of the 2012 NLNG prize for literature will be unveiled to the world and celebrated. This was made known by the Chairman of the Board, Emeritus Professor Ayo Banjo. Three novels made it to the final stage from the previous list of ten out of 214 entries received. According to the press release it unveils the following authors and their works : 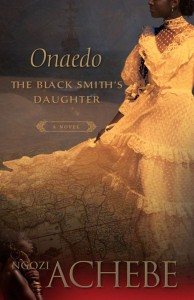 ONAEDO: The Blacksmith’s Daughter is the story of Onaedo, a young teenager of Igbo extraction, in the time before the English colonialists, her daily struggles of being a woman in a patriarchal society and how she dealt with life, love and at some point, an unloving husband. Ngozi Achebe, a medical doctor by training, lives in the United States with her children, Jennifer and Nnamdi and is a practicing physician. Onaedo: The Blacksmith’s Daughter is her first novel. 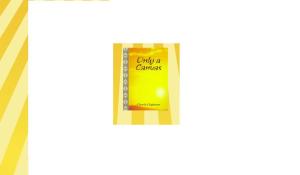 ONLY A CANVAS : is a tale of exhilarating characters from different backgrounds with dreams intricately woven together to create a tapestry of life. Olusola Olugbesan is an architect, married with three children and writes as a hobby. Only a Canvas is Olugbesan’s first novel. 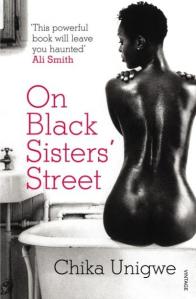 ON BLACK SISTER’S STREET: tells a gripping story of the lives of four African migrants working the red light district of Antwerp in Belgium brought together by bad luck and big dreams into a sisterhood that will change their lives. The Enugu-born graduate of English Language and Literature, Chika Unigwe, lives in Belgium. She is married with four children.

What can we say… all eyes on November 1st…

9aijabooksandmovies ( "9B&M") is the ultimate, credible platform that seeks to bridge the gap between Nigerian authors of fictional works and "primarily" Nigerian filmmakers, with a view to creating an upsurge in "adapted works" for the cinemas. It also provides an opportunity for millions of people to gain insight into the works of Nigerian authors and filmmakers. You can send your articles, news,views/opinion, reviews,samples of work to 9aijabooksandmovies@gmail.com.
View all posts by 9aijabooksandmovies →
This entry was posted in Uncategorized and tagged Onaedo: The Blacksmith’s Daughter by Ngozi Achebe, Only a Canvas by Olusola Olugbesan and On Black Sister’s Street by Chika Unigwe via for nlng literary prize 2012, three shortlisted for Nigeria literary prize 2012. Bookmark the permalink.