Posted on December 22, 2013 by 9aijabooksandmovies

The Film Adaptation Seminar 2013, organized by film critic, Augusta Okon, held on 6th December, 2013. It certainly was an intellectually stimulating and richly enlightening discourse, with an array of the finest minds from the designated spheres. The theme of the seminar was tagged “Film Adaptation: A gold mine and reading drive in Nigeria”.

It was the general consensus that film adaptations stemming from Hollywood constituted about 70% of its film producing records and has served as a good platform for authors, filmmakers and publishers to obtain commercial success and sustain the reading drive. Reading of books allows one to draw from the imaginative bank as the unfolding scenes occur from the pages of books as against the visual medium. Nigeria indeed boasts of a plethora of creative authors with great works which could be adapted to the big screens. More of negative news/stories/articles making the headlines in the media were dominantly deployed in contra-distinction to other aspects of adaptation.

Various issues were distilled unveiling the clogs impairing the progress of film adaptation within our shores such as ; ignorance of possibilities/opportunities the concept provides based on the rigged mindset of filmmakers preference for original productions, marketers who double as Executive producers calling the shots and having low-ebbed interest in film adaptations, high risk of uncertainty in either replicating the source of work in its entirety or making changes, lack of film tools to reproduce certain descriptive/narrative scenes from the pages of authors works, large volume of authors works to be compressed into less than two hours film running time, worrisome disconnect between authors and filmmakers, issues of acquisition of rights & royalties, funding problems in the adaptation process, authors always waiting for filmmakers to approach them first, authors use of ‘big grammar’ in their works which producers are averse to, considerable length of time and expertise needed in the process which producers are reluctant to engage in based on their knack for quick returns, absence of relevant skills needed for adaptation by screenwriters, entertainment as strong contenders against reading books, lack of publicity of the film adaptation process from the onset with authors not being carried along in the production process and featured in the media spotlight, poor planning & lack of strategies for cinematic success amongst others.

Certain solutions were subsequently proffered, ranging from taking a portion of a story and developing same, as was done in The Passion of The Christ, which dwelt on the death rather than the nativity/lifetime of Christ, authors should go for scriptwriting/screenwriting training to acquire the skills needed to adapt their works, screenwriters also to enhance professionalism via regular training which can bring about specialization in adaptations, accessibility to funds have been made possible via the FG’s Project Act Nollywood which filmmakers could key into via their online site, more seminars and fora that would overtime strengthen the bond and enhance collaboration between both spheres should be conducted, lawyers should be involved from the onset when parties intend to collaborate and not wait till a dispute arises, adaptation must not be done as a replica all the time as some changes capable of spicing up the story to modern day audience should be utilized by the screenwriter, authors can approach filmmakers with their works for adaptation purposes but should be careful not to sell their creative rights for a publicity pottage, investors should key into establishing more cinemas and modern film studios to ‘up’ the production bar, amongst others.

There were also emails from those outside our shores who wrote to air their views/opinion about the concept of film adaptation such as Prof Jonathan Haynes (Prof of English Dept Long Island University USA), Azubike Erinugha (filmmaker Germany), Carmen McCain (PHD candidate dept of African languages and literature University of Wisconsin), Omohan Ebhodaghe (Uk), Adura Ojo (Uk) and Adeleke Adeyemi (USA) author of The Missing Clock NLNG winner 2011.

It was a successful seminar and the next edition comes up in 2014. 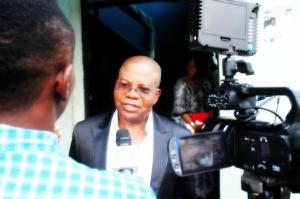 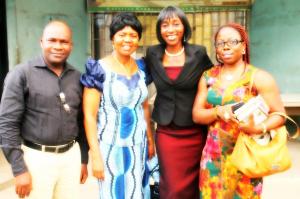 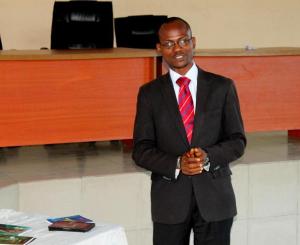