Half Of A Yellow Sun’s Character Posters for Chinwetel, Genevieve and Onyeka!

Posted on April 8, 2014 by 9aijabooksandmovies 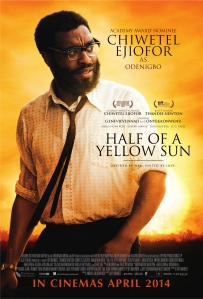 Character Posters are being released of the Stars in the 1.8billion Naira film “Half Of A Yellow Sun” (HOAYS). Face it, we’ve seen on countless occasions various movie posters about a film, but none in Naija has come up with the concept of character posters. This truly attests to the uniqueness of the film, and has certainly set the ball rolling for others to follow suit…as usual. Check out the character posters of Chinwetel Ejiofor, Genevieve Nnaji and Onyeka Onwenu. We hear that Thandie Newton and O.C Ukeje’s posters will soon be released as well. 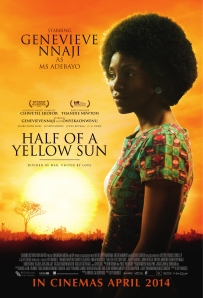 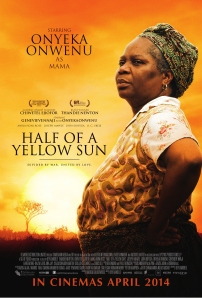 9aijabooksandmovies ( "9B&M") is the ultimate, credible platform that seeks to bridge the gap between Nigerian authors of fictional works and "primarily" Nigerian filmmakers, with a view to creating an upsurge in "adapted works" for the cinemas. It also provides an opportunity for millions of people to gain insight into the works of Nigerian authors and filmmakers. You can send your articles, news,views/opinion, reviews,samples of work to 9aijabooksandmovies@gmail.com.
View all posts by 9aijabooksandmovies →
This entry was posted in Uncategorized and tagged character posters for half of a yellow sun film, chinwetel ejiofor genevieve nnaji and onyeka onwenu character posters, half of a yellow sun's character posters. Bookmark the permalink.