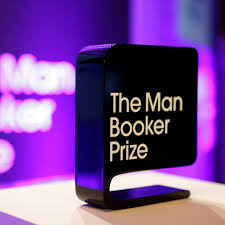 2015’s Man Booker Prize was won by Marlon James, the first Jamaican writer to win same for his third novel “A Brief History of Seven Killings”; an epic spanning the decades surrounding the attempted assassination of Bob Marley in Jamaica in 1976. Writers for this year’s prestigious prize must have had their works published in English between 1st October 2015 and 30th September 2016 in the UK.

There are also four debut novels:
“The Many” – Wyl Menmuir,
“Eileen- Ottessa Moshfegh,
“Work Like Any Other”- Virginia Reeves
“Hystopia – David Means”

Surprisingly, previous winners and nominees who were picked as potential candidates to be long listed did not make the cut. Eleven of the thirteen writers have never been on the list before. The shortlist will be announced on 13th September, and the winner declared on October 25th 2016.

Hmm… who do you think will win?

9aijabooksandmovies ( "9B&M") is the ultimate, credible platform that seeks to bridge the gap between Nigerian authors of fictional works and "primarily" Nigerian filmmakers, with a view to creating an upsurge in "adapted works" for the cinemas. It also provides an opportunity for millions of people to gain insight into the works of Nigerian authors and filmmakers. You can send your articles, news,views/opinion, reviews,samples of work to 9aijabooksandmovies@gmail.com.
View all posts by 9aijabooksandmovies →
This entry was posted in Uncategorized and tagged deborah levy, elizabeth strout, jm coetzee, long list for man booker prize 2016, man booker prize, marlon james, virginia Reeves. Bookmark the permalink.